In simple terms, humm is an easy alternative to paying with cash or credit card and allows you to pay in monthly instalments.

*Interest rates and fees are dependent on your plan.

To be eligible for humm you must meet the following criteria:

Be at least 18 years of age
Provide proof of PPS number & address
Be an Irish citizen or permanent resident of Ireland
Earn a minimum taxable income of €1,000 per month
Have a current credit/debit card and a photo ID
Have a good credit history
Get a quoteApply Now

You’ve probably heard of Egg Freezing before. But what is fertility preservation and why might a person want to do this?
Traditionally people going through certain medical treatments would have the option of freezing their eggs in order to preserve their future fertility. Undergoing chemotherapy or radiation for example, could totally obliterate your ability to conceive naturally. And so, freezing your eggs before beginning life saving medical treatment might be the only way to conceive in the future.

However, now more than ever, people are putting off starting their families until later in life. The age at which people are becoming parents for the first time is increasing all the time. There are many reasons for this, but whatever the cause for putting it off, people can sometimes run into difficulty because of diminishing egg quality and quantity.

So what can you do?

At Thérapie Fertility, we believe that knowledge is power. Are we saying that everyone will need to freeze their eggs? Absolutely not! But we are saying that people should do a simple blood test called an AMH test. This would in turn empower them with information about their fertility potential and enable them to make a decision about whether or not Egg Freezing would be right for them.

One of our core values at Thérapie Fertility is that everyone deserves the opportunity to become a parent. Many trans men believe that biological parenthood is out of their reach. This is simply not true. Regardless of your stage of transition, we are able to help you through the process of freezing some of your eggs, which in the future could be used to create embryos using donor sperm. Some trans men choose to become pregnant themselves, or they may have a partner with the ability to carry a pregnancy. The process of freezing eggs can be difficult for those who do not identify as female, and so we promise to be sensitive and to care for you through the treatment.

How does it work?

The Egg Freezing process is quite simple. It involves two main stages. Ovarian stimulation and monitoring followed by egg retrieval and freezing. 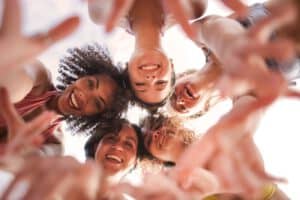 Under the care of our team, you will be given fertility medications, mainly in the form of injections to stimulate your ovaries to produce multiple follicles. Follicles are the small fluid filled structures within the ovaries, each of which will hopefully contain an egg. The number and size of the developing follicles is measured by trans-vaginal ultrasound scans. The exact number of follicles which develop varies greatly between clients. One of the purposes of testing is to give you and us an idea in advance of how many follicles and eggs may develop. The final preparation for egg retrieval involves a hormone injection which mimics the natural trigger for ovulation. Egg retrieval will take place 36 hours after this injection. 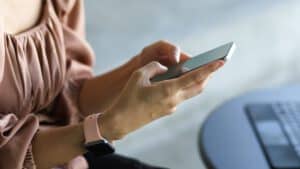 Egg retrieval is a minor theatre procedure which is carried out in the clinic under sedation. A trans-vaginal ultrasound probe is used and a needle attached to the probe is carefully passed through the vaginal wall into the ovaries and follicles. The ovarian fluid within each follicle is aspirated and then examined in the IVF laboratory by the embryologist for the presence of an egg. After identification, the eggs are vitrified (fast frozen) and stored in liquid nitrogen tanks at very low temperatures.

By freezing my eggs am I reducing my future fertility? 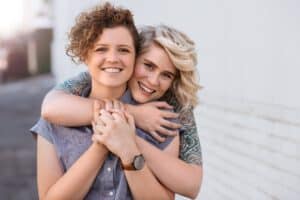 Every month only one or two eggs grow to maturity and are released. The rest of the immature eggs are lost.  The purpose of the stimulation medications is to capture eggs that were going to be lost that month anyway.  So we can reassure you that by stimulating your ovaries and freezing your eggs we are not compromising your future fertility

What does it cost?

We are delighted to be offering the most affordable egg freezing package in Ireland at €1,995 or just €70 per month. Storage is offered at €18 per month following on from freezing. In order to help you make those first steps, we offer a free consultation with a fertility nurse to discuss your fertility preservation options. Click here to fill in the free consultation form.

The first step to starting treatment is to book your free consultation.
Book now

For any queries you might have, fill in our form and we will get back within 48 hours.
Contact us

Our expert team is here to help you every step of the way.