In simple terms, humm is an easy alternative to paying with cash or credit card and allows you to pay in monthly instalments.

*Interest rates and fees are dependent on your plan.

To be eligible for humm you must meet the following criteria:

Be at least 18 years of age
Provide proof of PPS number & address
Be an Irish citizen or permanent resident of Ireland
Earn a minimum taxable income of €1,000 per month
Have a current credit/debit card and a photo ID
Have a good credit history
Get a quoteApply Now

It’s hard to believe that it has been 12 months since we first opened the doors of our state-of-the-art fertility clinic in Carrickmines – and what an incredible year it’s been.

Since opening, Thérapie Fertility has gone through the consultation process with 4,000 patients, this includes over 700 women who have attended without a partner looking to investigate and potentially invest in planning for the future. The clinic has also built its team of fertility experts to 33 full time staff led by one of the country’s leading fertility experts Dr. John Kennedy.

To mark this milestone, we had a visit from very special guest Louise Brown, the first person in the world to be born through IVF. Her birth was hailed as a “miracle” by the world’s media, making her instantly famous worldwide. 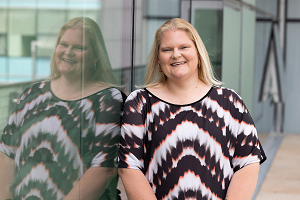 Since Louise’s birth, it is reported a further ten million babies have been welcomed to the world by this remarkable scientific advancement which was introduced in the 1970s. One of these babies is Blayne, our very first Thérapie Fertility baby, born last month and who has provided so much joy for his parents Tara and Trev. 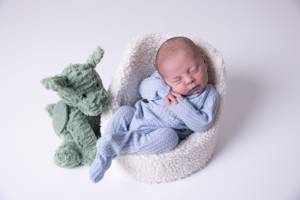 We are excited to be expanding later this year with four further satellite clinics nationwide, the first of which will be in Dundalk. This will allow us to remain waiting list free and make it even easier for those travelling from all over Ireland and the UK.

We spoke to our Medical Director, Dr. John Kennedy about our first year and he said: “It has been an amazing year. The team at Thérapie Fertility are exceptional and the feedback has been extremely positive. Last month, when we got news of the arrival of baby Blayne, the entire team were so proud and emotional on reaching such a joyous milestone. Fertility treatment can be a daunting and exhausting experience and it’s been so rewarding to be able to offer people a more affordable and accessible service here in Ireland.” 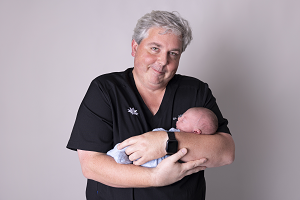 The first step to starting treatment is to book your free consultation.
Book now

For any queries you might have, fill in our form and we will get back within 48 hours.
Contact us

Our expert team is here to help you every step of the way.